Calm the farm. My trial separation is a month off facebook. A cleverly thought out hashtag #marchout will be explained in due course but the real test will be seeing if I can conjure up more words in cohesive phrases through a semi-regular torrent of splendid prose.

But first? Some pictures. Ah, there is that dichotomy I was dreaming of.

One of the more simultaneously frustrating and rewarding parts of my vocation is having to be an all-knowing oracle for anything with a CPU, buttons or a touch screen. Over Valentines, I was presented with a Camera and asked to provide deep insights in its use.

The Camera was not your average Camera. It was a range finder Leica M.

Being a greying Xenial I invoked my reality distortion field, hastily consulted Google and bluffed my way through some photos.

It was not easy. It turns out you do need to have more than a passing interest in photography to wield one properly.

I must have sold being adequately flummoxed because I was left with a Leica Hermes Model M9-P to *learn*.

I foolishly thought it was worth 10 thousand dollars. I took my best security Goon this every evening with me to do some photography.

It turns out it is worth 50 thousand dollars. Gazooks. I probably would not have left home if I had known it was worth so much.

Anyway, what follows is some photos. I hope you enjoy them.

It turns out Rangefinding Cameras become easy after some practice. Something people do not have time for anymore but they do have the money. 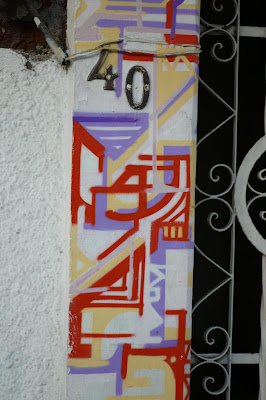 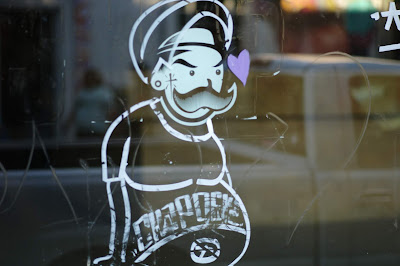 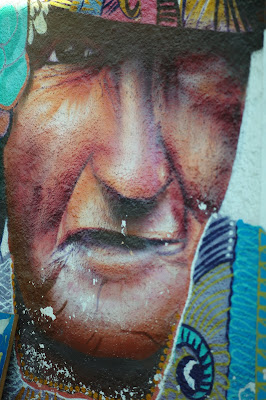 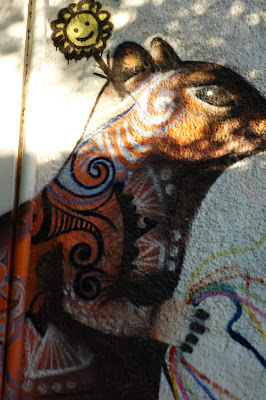 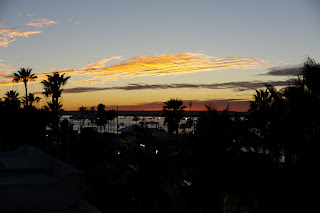 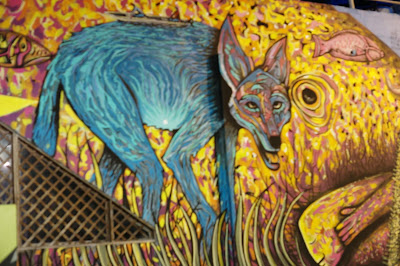 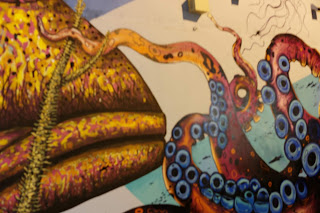 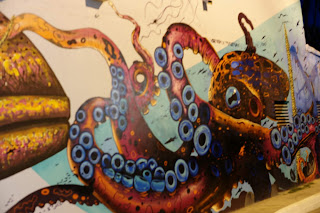 I actually still don't know how to use this camera but if you made it this far. I have succeeded.

My profuse apologies for the scarcity of content. This blog has been in remission and life had conspired against updating it. Rest assured I have a plan to increase said content. Stay tuned.

Last weekend I was to have swum with whale sharks and written about these large creatures. Alas, the elements conspired against me and a slightly less natural option was chosen.

A Mexican Desert Safari. But first, let us slide into reverse. Where am I? Well I am currently in La Paz Mexico. Not to be confused with the prison in Columbia. I changed jobs last year, in what was a very needed but abrupt change which still troubles me.

The Chief Engineer and I were collected at 10am on Saturday morning. We are not allowed out very often and I fear we looked like two lost moles waiting outside our complex for our ride. We collected two other tourists and were taken to a depot to collect our vehicles. It was a team effort with the Chief neglecting to bring his drivers licence and myself being more interested in taking photos and providing audio accompaniment.

After a rudimentary safety and waiver signing session, we were soon out on the open road. 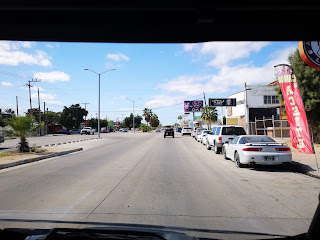 We abruptly stopped under direction from our guides and were encouraged to buy beer. This is why we signed a waiver. Things are different here.

Back on the highway we eventually started heading up a large flood viaduct. The alluvial plain was being mined for large rocks. Various shanty towns slowly oozed down steep embankments. Not startled in the slightest we kept heading up the valley. 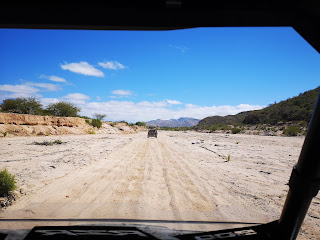 Marvelling at old car tyres and heavy machinery we must have made quite a comical three-vehicle convoy to the sparse workers dotted along the thoroughfare with the Bluetooth speaker enabled gringos bringing up the rear.

We soon stopped at something a lot more interesting. An impressive collection of rocks and a water source which drained away under the soft sand. It was here I lost Chief Rikki for the first time. It turns out he is part mountain goat and climbs to vantage points at any opportunity. 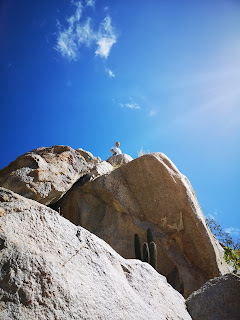 We were off again and up a ridge past an irate farmer when we noticed this chap. 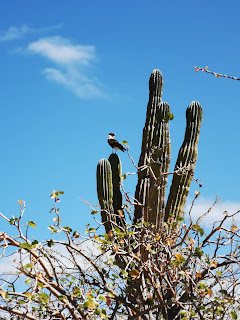 That my dear readers is a Carcara hawk.

The next spot was a bit special. This tree is a bit famous as we discovered in town later with paintings and sculptures of it being on sale.

The tree has grown around a very large rock. 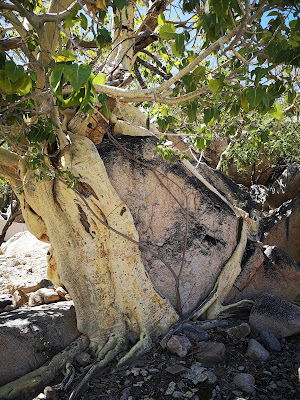 Our guide thought we should have an artistic pose together. 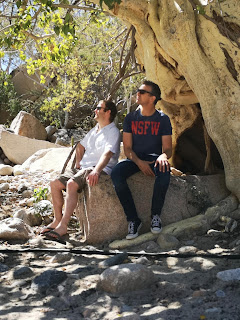 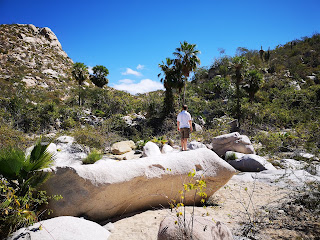 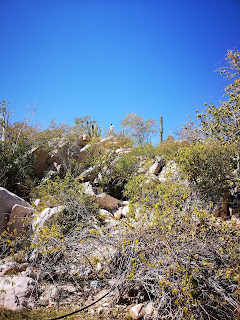 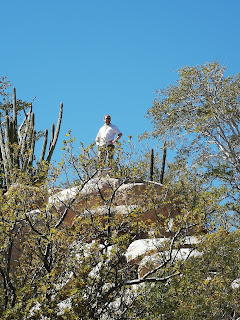 And we soon descended out of the hills to La Paz.

To successfully debrief from our heroic journey we attempted a bar crawl of sorts. Sadly there were not many bars in the offering. The 'best' Margarita in La Paz was an insipid effort. Spending a bit of time in Mexico I have turned into quite a Margarita connoisseur. A sweet Margarita is usually disguising poor tequila.

With the sun waning we headed back to our Marina. With the luck which only I seem to have, we were set upon by a smaller boat with three Kiwis on board and were soon enjoying small boat comforts. Like inviting randoms onto your boat because one of them is a Kiwi and you know the other one. It was the most Kiwis I had seen since I left home and it brought back some fond memories from ten years ago when I worked on a very small boat.

That's right. I have been ten years in this game. Who would have thought? 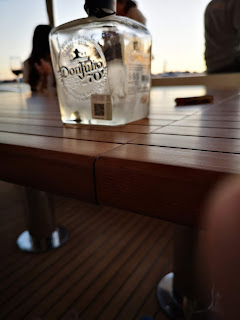