Last weekend I was lucky enough to take a weekend trip to Port Aventura, a large and sprawling theme park about an hour and a half east of Barcelona. I was doubly luck to be able to tag along with Sam and Nancy. Sam if you remember is my quintessential English friend who loves kebabs, booze and dispensing with pearls of wisdom. Nancy is his diamond, the foil to his sometimes odd ways.

I began this micro adventure on Saturday after a Friday evening watching over my 80 meter baby. Sam and Nancy were indisposed at 10am and suggested we leave at 12. I found an open Irish pub and skyped home to a Christmas party full of my friends. This is the first time in two years that I have not been working and I relished in an early pint of cider and the warm and effusive glows of everyone back home. I was told to take a lot of photos of my excursion so this post will be littered with them.

I subsequently wandered the streets of Barcelona for a couple of hours drinking the first of many cafe con tardo and taking photos of the Franco railway station. 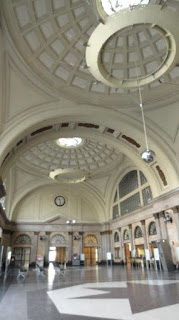 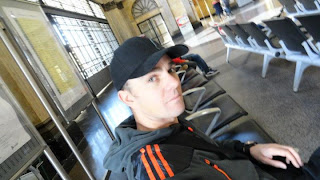 Somewhat handsome chap in the railway station.
At 12pm Sam and Nancy arrived at the railway station. We had a bit of time to kill before the next train so we went to a mexican restaurant which was not serving food but had somewhat drinkable margaritas. 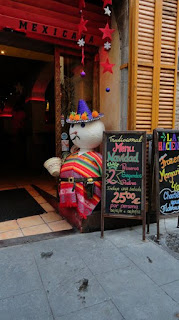 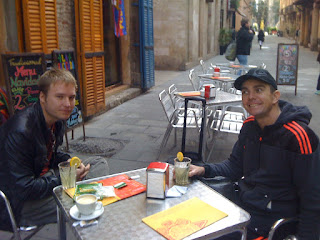 Two festive chaps.
At 1:40 we began the 1.5 hour train ride west to Port Aventura. It is here I must big up the Spanish train system. Not only is it far cheaper than bus, the trains are well looked after and nearly empty. The train ride west hugs the coast and it is not unlike the Riviera from Menton in France into Italy.
By the time the train ride finished we were quite excited and we leapt off the train and hurtled towards the park gates. There were quite a few hawkers trying to sell dodgy tickets. I know better than to try and talk with them, and left Sam and Nancy to parlay polite refusals in Spanish.
Dumping our luggage at the gates we entered the park and began our ascent into carefully cultivated psychologically modified theme park heaven. After a quick stop to have a fortifying drink we made the foolish decision to ride the most terrifying ride at Port Aventura. We named this ride the penetrator. It uses the same mechanism that aircraft carriers use to catapult planes off so they can take off. We all felt somewhat shaken up afterwards. If you listen carefully you can hear me saying "Jesus"

We then began a 3 hour meander through the various sections of the park and partook in various rides. There were four distinct sections open. 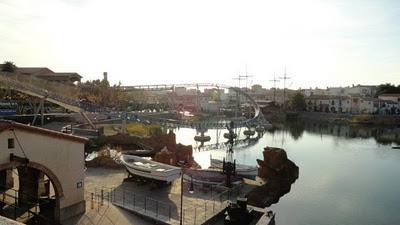 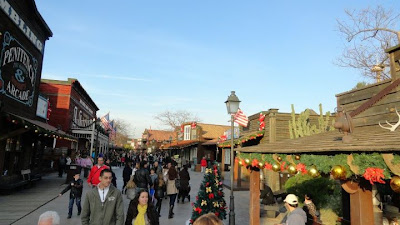 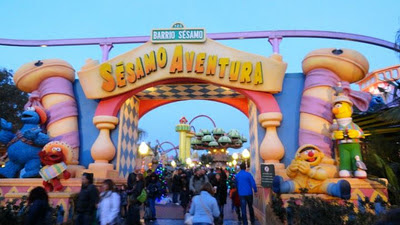 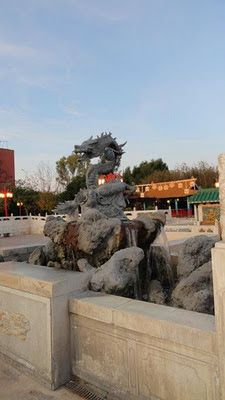 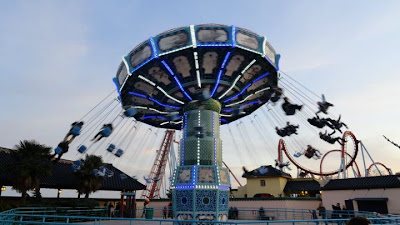 Obviously there is quite a lot of park to wander about in and I think you would be hard pressed to see it all in one day. Especially in Summer when the queues are invariably longer and there is a whole other section open, Polynesia and it's water park.
After the unnerving Penetrator we chose a very sedate and very wet river ride. Thankfully my carefully chosen clothing offered some protection. 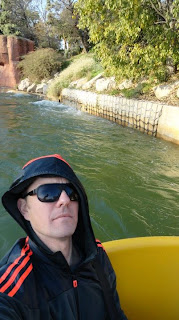 There are a few things that I noticed unique to Spanish theme parks. It is very easy to get and drink alcohol. It was not easy enough for Sams liking but given that you could buy beer every 500 metres or so and there was a wine bar which was selling hard spirits I was more than happy. Check out this beer we bought. 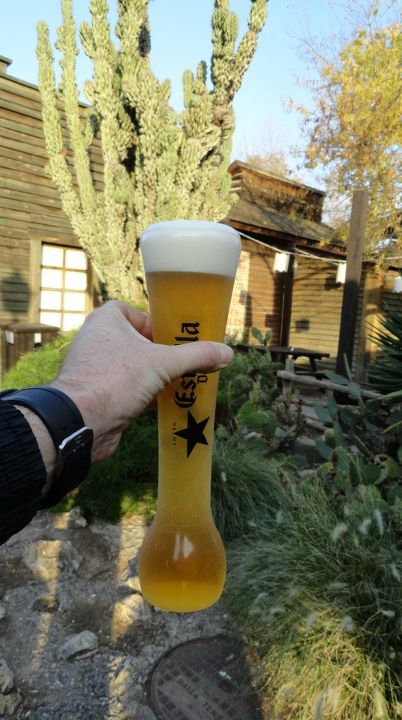 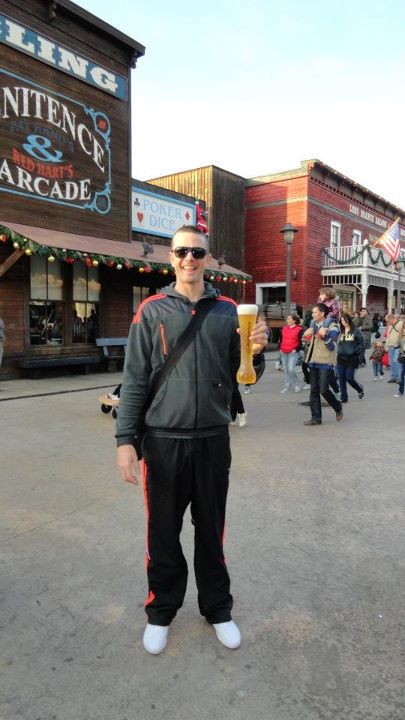 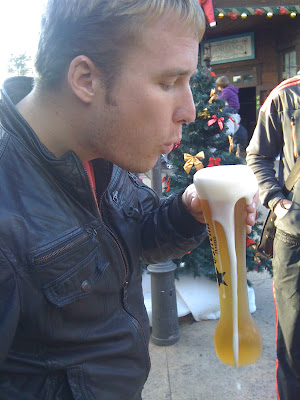 There was a very shakey ride called El Diablo de la Mina in the Mexican section of the park. If you think carefully back to my lessons from Hector this is a perfect example of his unified feminine masculine rule. 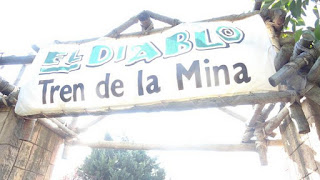 I also noticed some very latin graffiti. These two pieces actually are two nicknames given to different crew members by the Mexican mafia. 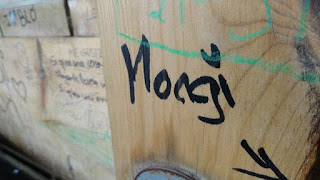 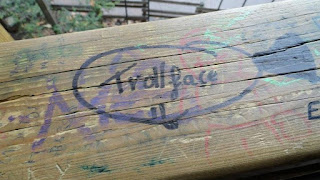 In the Mexican section we rode a large and mildly terrifying tower which also doubled as a spine shortening device. 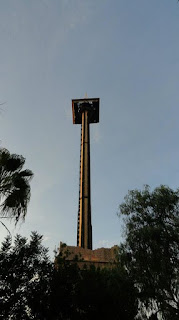 I am not sure how far you need to fall before you hit terminal velocity but we were all glad when the tower engineering slowed our decent.
We had one more ride left in us. The underestimated and very comfortable Pirate ship. We found it very reassuring to scream voluminously when the Pirate ship was hitting it's straps. It was also quite therapeutic. We wondered about the untapped Pirate ship holistic therapy industry.
By now it was starting to get dark and a bit cold. Spain afforded us a lovely sunset and we retreated to the nearest town Salou. 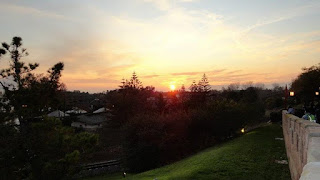 Salou is apparently quite busy in Summer time. I have heard people wistfully describe it as a continental Ibiza. In Winter it is a lot less busy and the streets afforded the same ambience as a post apocalyptic future minus the zombies. The hotel we stayed at deservers mentioning. The Regente Aragón was a great one and my decision to get a superior room baffled Sam and Nancy. The reason of course was having dragged my Traktor all day it needed an airing. 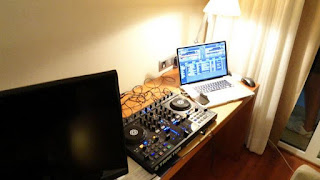 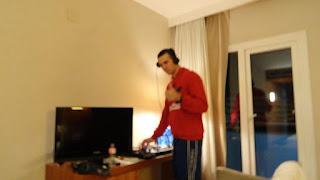 I gave my Traktor such a thorough airing it was well past 12 when we retired to sleep. I think we talked at length about how amazing Port Ventura was and we may have snuck in a couple of episodes of a tv show that is not for the faint hearted.

It is fair to say we consumed a fair bit of alcohol the night before. So the buffet breakfast the next morning was attacked with relish.

Our second day at the theme park was to be just as good as the first day. Getting there at lunchtime allowed us to take things a bit slower. We started our day with a ride on the pirate ship. Nancy mentioned that she would like a Pirate Ship shower that she could use every morning.  From the Pirate ship we made our way to the tea cups and then feeling a bit peckish we entered a Mexican cantina.

The Mexican cantina was one of those small gems that was tucked away. It was large and cavernous and there was live entertainment. For a moment I felt like I could be in a sanitized version of a Mexican Christmas. 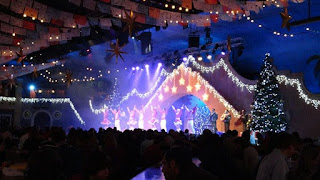 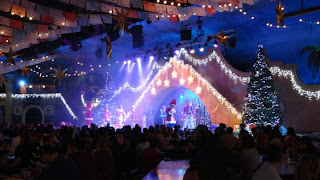 From the Cantina we took time to take some photos with a safely inanimate cow. 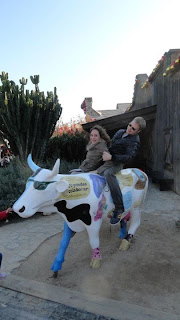 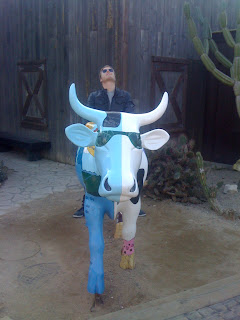 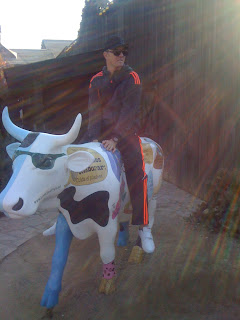 It is here that my memory starts to get a little hazy. I know we rode this ride because I have a photo of it. 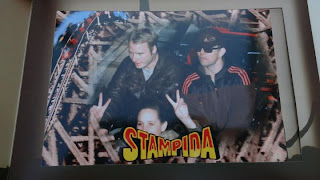 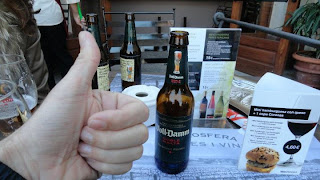 I know that we rode the penetrator again because the footage at the start is actually from our very last ride. I invested post humorously in a pair of scuba googles which have a camera and video recording option for the next time I find myself in such an exciting place.
It is safe to say that  by now we were pretty spent with all of the intense excitement that the weekend had provided us with. We made our way to the nearest hotel foyer and waited for the 7:20 train back to Barcelona.
In Conclusion......
Port Aventura is a great theme park one which can only be more awesome in summer time with it is open till midnight and gets 50% larger. There are three themed hotels on site and I think it would be a great hoot to stay in one of those.
As with all trips it is often the company that makes them and I am very lucky to have made to great friends in Sam and Nancy. I hope we can go away somewhere else soon.

Tune in next time for tales from a very Argentinean dinner party.
Posted by El Draco at Sunday, December 18, 2011